The third class was about advanced graphics topics in games. Almost all of them are acronyms! Stuff like PRT, HDR, BSP. The non acronym ones were various shadow methods, ambient occlusion, animation, normal/light maps, height fields, all kinds of stuff. We also covered lots of general things like GPU architecture, comparisons of X360 and PS3 and Revolution architectures after all the E3 announcements, floating point things every programmer should know.

Instead of lots of specific homework, we had to pick at least 2 topics from the advanced tech list and integrate them into our game engine. An unlisted topic was converting from the fixed function pipeline to using shaders too. (If you didn’t do that already, you almost needed to to do some of the advanced topics…). So i picked: 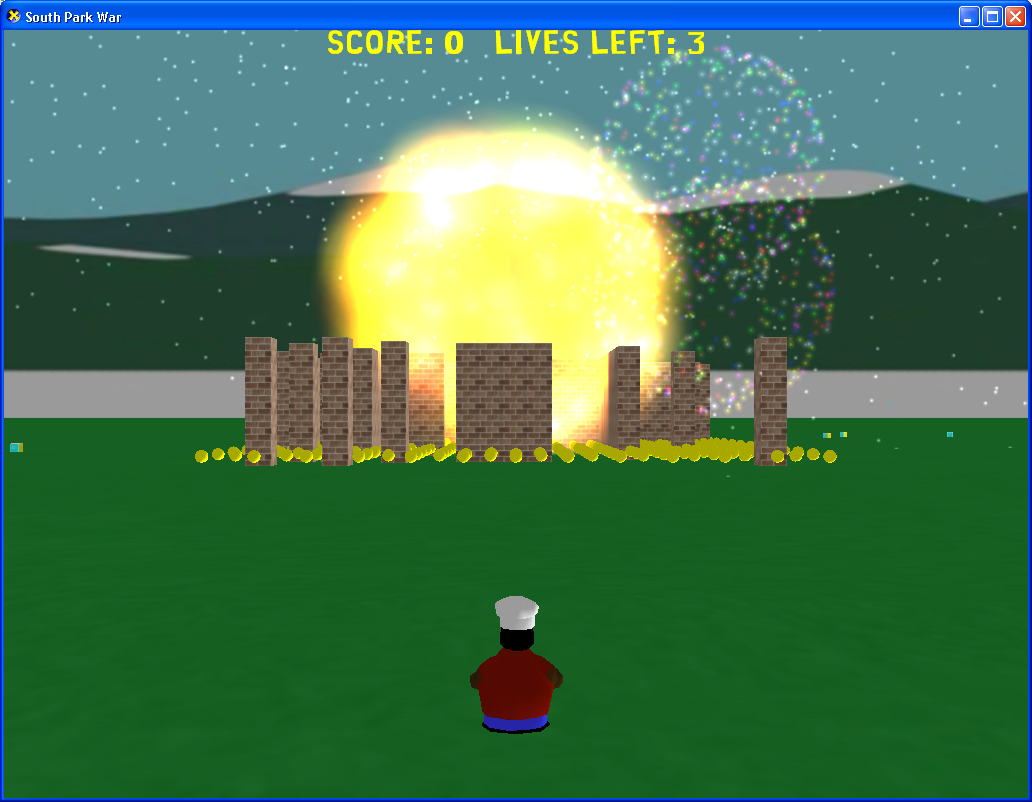 You can obviously see the particles used for the fireworks, snow, and explosion. The cubes in the background are the placeholder “low detail” models to draw in the distance. I have no art skill, so all i made were cubes to show that different art is being used for the different LoD’s.

Here is my final presentation including more screenshots, and other details. If you want to actually download the game and play it, email me. it has some wierd requirements to run, so i’m not just gonna post it all up.

All in all it was a pretty cool class! The next one, the 4th and last class in the certificate program, is about networking and advanced UI. It should be pretty cool too!