In a random ad email from Extreme Terrain, i saw a star grill insert, and had an idea to go with the theme of my jeep. I thought: “We have red and blue spray paint…” 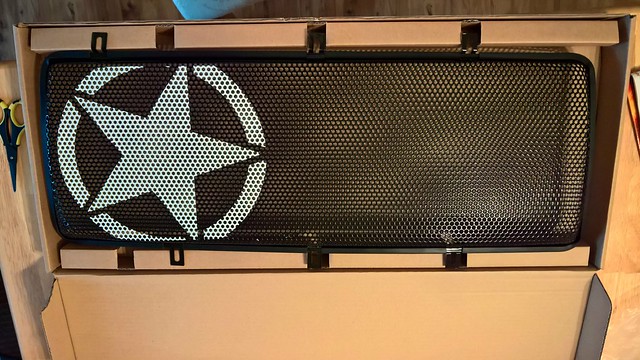 So i ordered one, and busted out the masking tape… 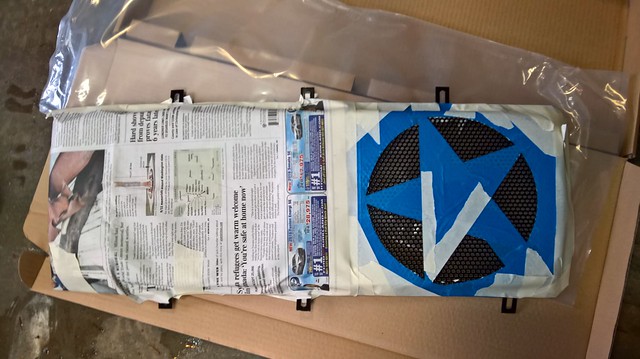 Can you see my silly mistake in masking?  i see saw it as soon as i finished spraying.  You’ll see it in a second when the masking tape is removed… 😐 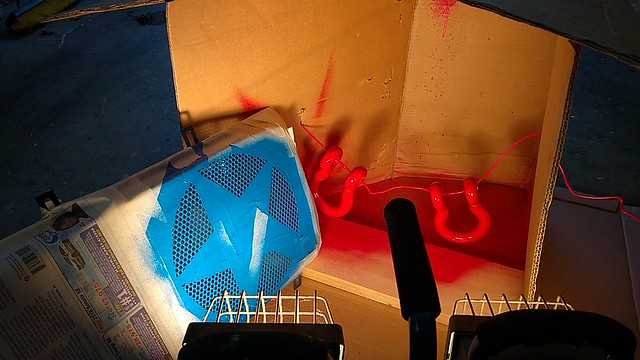 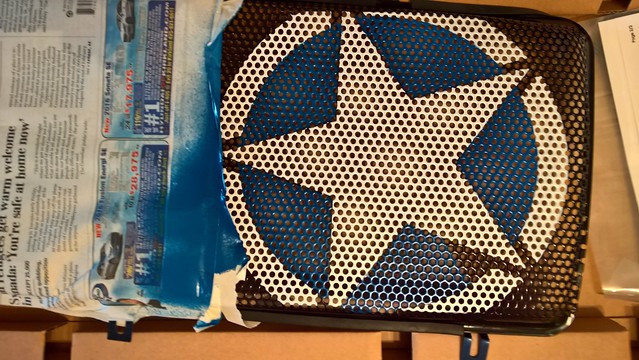 now can you spot the masking problem?  derrrrrrrrp.  i had to mask off the whole thing again just to paint a tiny blue part.  i thought about spraying some blue paint into a paper bowl or something and brushing it on, but i figured that would end up being worse than just painting that part again. 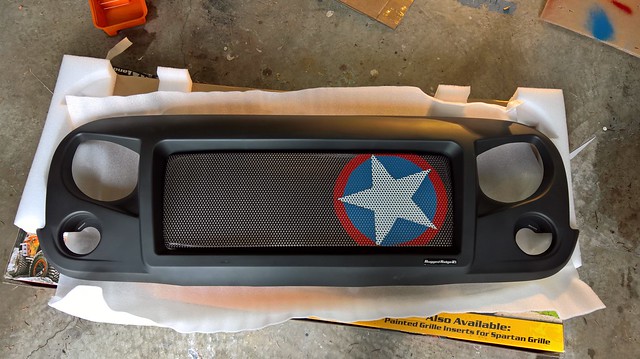 After re-doing part of the blue, and then doing the red, we have the final product, a start that looks (to most people!) like a Captain America shield. i thought about doing another white and red stripe, but it seemed like overkill. 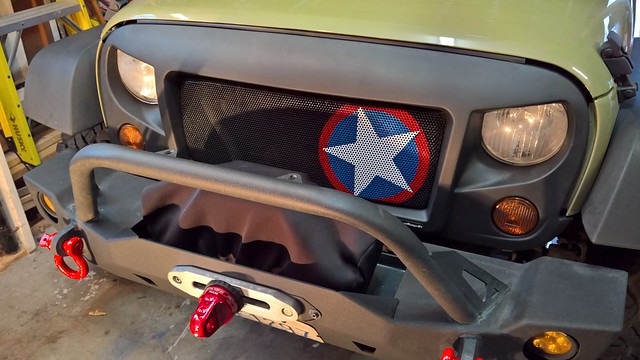 The finished product, on the jeep.  the only “bad” thing is that the winch and bar hide a lot of the shield if your looking straight on.  But that’s ok, i wanted it to be somewhat subtle.

After how well the grill came out, a few months later i realized just how faded the shield on the spare was getting.  the red is almost pink!

So, given how the spray paint worked on the grill, i decided to try to paint the shield as well.  I’m looking for a better (metal) one, because the plastic costume one i have is both faded and cracked in a couple spots. 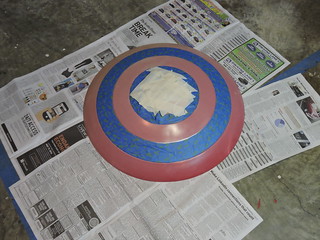 Masking circles is a pain.  Masking a really big circle like the silver ring and the center star is a giant pain. 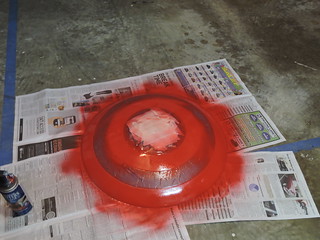 Red goes on.  It looks really red compared to the pink that was there.  I’m not sure it was ever this red, even when i got it new.. 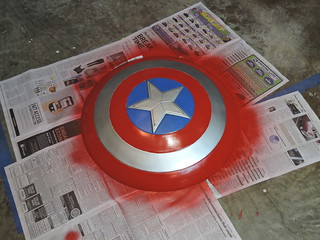 all done, masking removed.  now for a few coats of clear that will hopefully protect it some from the elements.  i’m still not sure if this clear coat has any kind of uv protection or not.  we’ll find out real fast. 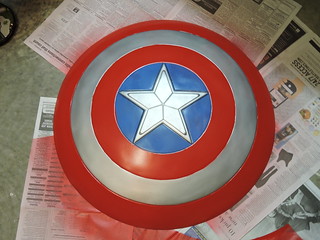 the finished product, all good to go.  I was worried that the blue would look really faded after i did the red, but the blue looks pretty much fine.

Posted in General Tagged with: Jeep